Tonight, for fun and giggles, I'll be studying this passage from Matthew 5.

Well worth it, I dare say.

Posted by Andrew Smith at 16:02 No comments:

Why the church is a political strategy 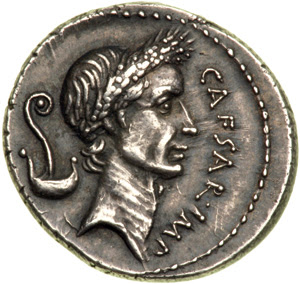 Jesus said to give to Caesar what is Caesar's. Today we can legitimately use the metaphor of Empire to categorise the equivalent systems. The dominant capitalism of today is a continuation of Empire, albeit not the specific empire of the Romans. In a way Empire is another way of talking about Kierkegaard's established order. They both demand an ontological significance which is greater than merely social constructions. Empire is the power that wants to be God. It rules us, controls us and demands our subservience.

No wonder that the early Christian writers subverted it by stealing its language. Most famously Paul takes "Caesar is lord" and declares that Jesus is Lord. These kinds of movements are a political statement that identify the church as a political entity. This is a political entity unlike a lobby group or a political party but a political entity which proposes and actualises an alternative sociopolitical reality. Hauerwas is right to suggest that the church does not have a political strategy, it is a political strategy. The simplicity of the acts of faith, the living out of the gospel despite the crushing power of Empire, is the political strategy. Christians are not called to form political parties in order to lobby for justice, we are called to do justice with our own hands. It is somewhat misdirected to make our sole efforts in social justice an appeal to Caesar that he would make Empire more Christ-like. The place for those appeals is after we have given priority to being Christ despite the power of Empire. Even a cursory reading of Jesus' sermon on the mount is enough to tell us this.

Posted by Andrew Smith at 12:44 No comments:

The Pope of Infinite Resignation

The resignation of Benedict XVI this week was interesting for its historical significance. It will become tedious for the ongoing conspiracy claims. And it would have been delightfully brilliant if he'd done it for reasons other than age and infirmity.

Imagine if he'd made the Kierkegaardian move of resigning it through faith, that he'd absurdly given up the thing he most desired because God commanded him to. We could have seen his faith at work when he absurdly was elected back into the pontificate. Or, less glamorously and even more interestingly, if he gave it up by faith to then be given a superior (and non-papal!) ministry.

No wonder Kierkegaard was a Protestant.
Posted by Andrew Smith at 07:25 No comments:

It's time for Lent! That usually means I read fewer extra-biblical texts and more biblical texts. It rarely means that the pope resigns, though.

There are a few sources which have coalesced to give me reason to think about the trinity and especially trinitarian formulations. Now, when I'm reading the Bible, all I tend to see are the texts that contribute to the concept. The ones that leap out even more than the other are those which present a different perspective than the Augustinian formulation1.

In a way, this presents a contrast between how God treated Jesus the man and how the Israelites treated him; glorification vs shameful death. Without downplaying that at all, what I see here is how Peter identifies Jesus' starting place - Jesus is the man from Nazareth - and that God has made him Lord and Christ.

This appears to be quite different to the idea of a pre-existent Christ from the Johannine prolegomenon. In Peter's sermon, and in other accounts of Peter's sermons, Jesus is the man from Nazareth that God has endorsed and exalted to be Lord and Christ.

It's no wonder that the first few centuries of Church history were marked by debates about the nature of Jesus. Today the view of the Augustinian trinity is the mainstream view and the steps that theologians took to develop that model almost invariably come to the same conclusion each time. However, tracing that path allows the careful reader to challenge each of those steps. These comments by Peter in his Pentecost sermon (and elsewhere) are informative of one aspect of the debate.

Part of me suspects that if we were to take away the fourth gospel and the influence of Platonism on Christianity there would not be a doctrine of the trinity. But that's just a suspicion.


Notes:
1. It's a given that the Bible is in conversation with itself. The various authors didn't cross-check with each other. That's a given, and it's fine with me.
Posted by Andrew Smith at 20:33 1 comment:

Email ThisBlogThis!Share to TwitterShare to FacebookShare to Pinterest
Labels: Peter, The Acts of the Apostles, Trinity

The Church Acting Out

From time to time I hear people nostalgically talk about "the early church" and how we should get back to those basics. There's nothing quite like the book of Acts to help with that. After all, in Acts the believers are bold and powerful. They perform miracles and signs. They give eloquent speeches in front of kings and princes. They are heroic. Surely that's how the church should be!

That's the nature of historiography, I suppose; a somewhat valorised account of events. But even with our form criticism in full swing, Acts is still part of the canon and has things to teach.

The signs and wonders are popular. I can remember a few different pastors announcing that they want a church like Acts 2 (the day of Pentecost). The liturgy of most Pentecostal churches follows a reenactment of this scene, perhaps a reactualisation. Signs and wonders are certainly more popular than trying to form a church based around Acts 4:32ff in which none of the believers had private property and shared everything. Outside of groups like Jesus People USA and the Catholic Worker I don't hear of many churches who've tried it. I wonder whether today's churches tend to polarize around either of these models but never both.

I read with interest how closely Luke associates the description of shared possessions and how the apostles "gave their testimony to the resurrection of the Lord Jesus." The abandonment of the claim to private possessions and the "great power" of gospel proclamation are intertwined in this passage (see also Acts 2:43-47).

Nostalgia for the "early church" is a good place to start and a bad place to finish. It typically refers to the early Jerusalem church rather than the early churches of other places and typically means the appealing parts of Acts. Acts is a difficult book, though. It paints a picture of sacrifice, hardship, charity and redemption. To wish for a life like that is to wish for the costly grace that Bonhoeffer taught. We need to temper our nostalgia so that we avoid the trap of cheap grace otherwise we will be the church Acting out a parody of its origins.
Posted by Andrew Smith at 22:07 No comments: